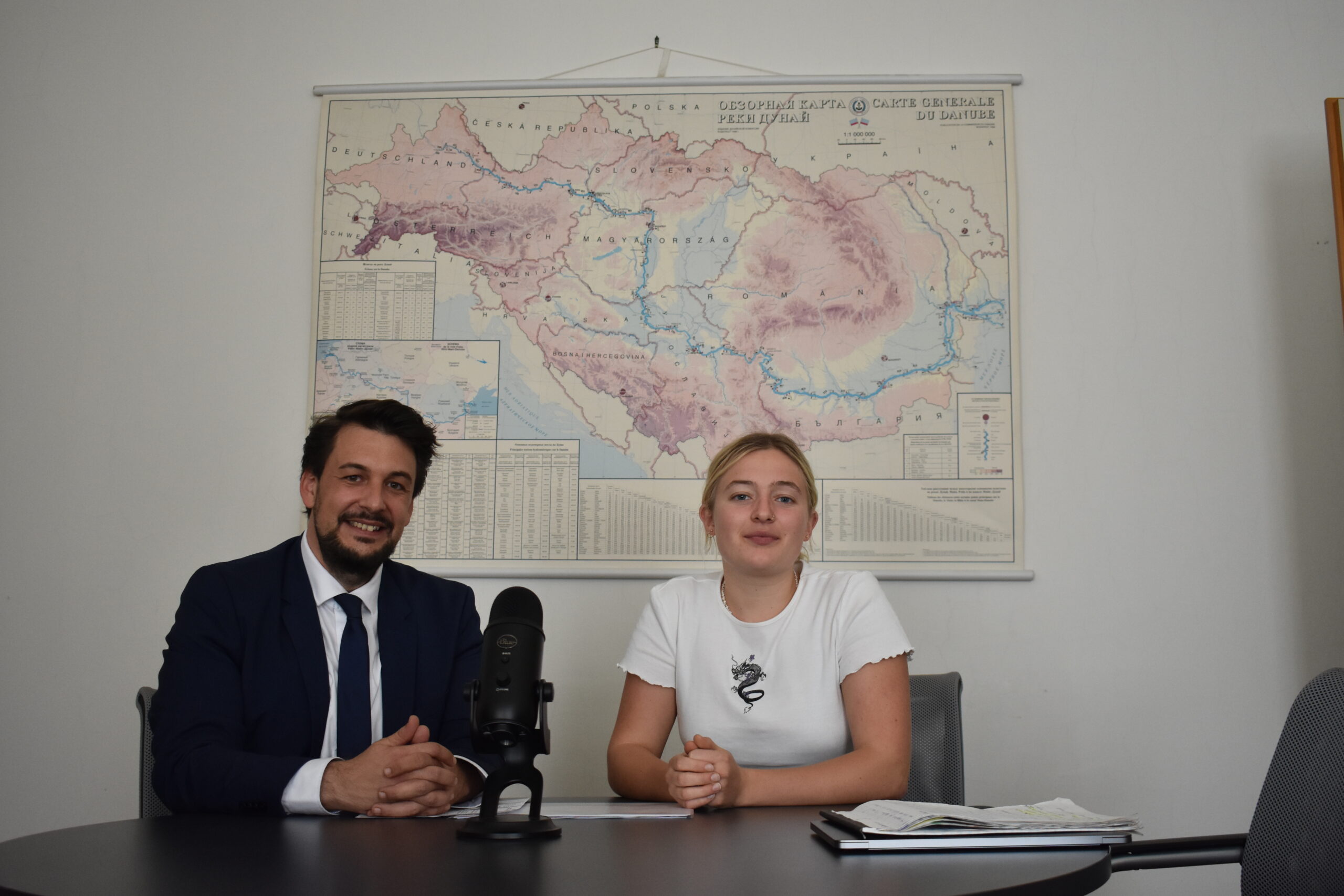 Emma Hontebeyrie is a french student from Université de Bordeaux Montaigne who carried out her EU4EU internship at the Institute for the Danube Region and Central Europe.

She came into the EU4EU Program through a friend’s connection from the University of Lille: “There wasn’t that much communication about the program in my university, which is such a shame because it’s a great opportunity for us students; so when I heard about it I thought: Of course I want to do it!”, she affirms.

When she started looking for Hosts Organizations in the EU4EU portal, she had two things very clear: “I was looking for something in my area of studies (international relation, political sciences, etc.) and in a German speaking country. So when I found out about IDM, I thought it was a very interesting match”, she explains. “During the interview with IDM, we had a very good interaction so the decision was made quickly”, Emma adds.

Not speaking German was not a problem for her to start working for an Austrian organization: “I really like the language and I wanted to learn it, that’s why I was looking for an internship in Germany or Austria. It was very useful being able to filter by country on the platform”, she says. “IDM was a very good choice, because I didn’t have much experience back then and I wanted to learn as much as possible; which I did and I’m still doing”, explains the trainee.

Due to the COVID-19 lockdown, she started her internship three months later than expected: “I was supposed to start in May, but I ended arriving in Vienna in July”, she says. “When I first started, life in the office was quite normal and casual, but when autumn arrived, IDM had to go back to working from home, as they were doing during the first lockdown” she explains.

Despite the period of crisis, during her time at IDM, Emma contributed greatly to the creation and production of a Podcast called CEE: Central Europe Explained. “When I arrived I was doing casual intern tasks, and one day I mentioned that I created a podcast in France with some friend from university”. Her tutor then told her about a podcast project that IDM wanted to carry out, and together they created it. “It was great because I felt I was doing something which made sense for me and I really enjoyed it”, she says, “all of my ideas were listened to, I felt useful, and as an intern, it’s good to feel that you are working for a purpose”, she adds.

Because of the important contribution to the Podcast, her tutor mentioned she could keep working on it after her internship was over. “I didn’t expect to be hired, but I didn’t hesitate in accepting because it’s something that I’ve started and I want to go to the end of it”, she concludes.

Emma also highlights the relationship with her tutor: “It was great from the beginning; we had a very nice interview and he was very willing to help me with finding accommodation and language courses”, she comments. “I’m still working with him and we still get along well. Back then he was a great tutor and right now he is a great boss”.

Emma’s testimonial confirms once again the importance of the EU4EU Program. Thanks to this experience she had the possibility to move and work abroad, and the opportunity to get a job more quickly than she expected.