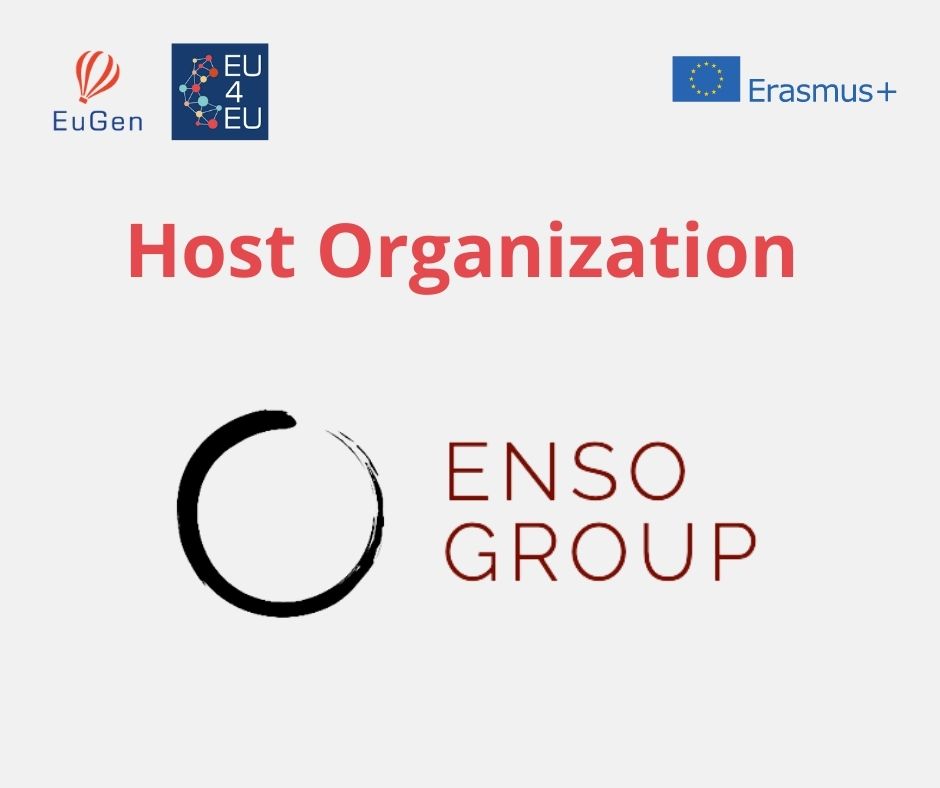 The EU4EU program began six years ago for offering young European students the opportunity to start their professional careers by carrying an internship abroad, and to help European organizations grow with the help of said students.  Over 500 Organizations around Europe are part of the EU4EU program and host interns from many different backgrounds, such as business, communication, politics, marketing, among others. From the EuGen team, we have interviewed several Hosts Organizations to hear about their experiences with the program and their trainees. For many Hosts, it has proven to be a very satisfactory project to participate in, with 90% of them said being “very pleased with the initiative”, and 96% them reported being “very satisfied with their trainees”.

Kat Sikora, Project Manager at Enso Group is our next guest. “We are a project management organization where we basically run Erasmus + K2 projects. Many of them are about robotics. We operate in, pretty much, anywhere in Europe, our slogan as a company is: we do projects anytime, anywhere”, she explains. “We have a local apprenticeship program as well, in which our trainees learn to write projects”, she adds.

When the pandemic hit, EnsoGroup had to change its plans: “Our busiest time is usually between March and July, in which we were supposed to have around 600 projects at the time. But many of the project managers and students could not arrive or had to be evacuated to their home countries”. EnsoGroup works with people from all around Europe, which means that during those difficult times, they had to organize for all of those people to go back home. “It was really hectic”, she says. “Generally speaking,  we have a quite good team to deal with logistics, like traveling and accommodation, but during that time it was very challenging because nobody knew what we were supposed to do and how we were supposed to act”.

After that, EnsoGroup started running the activities online, but many of their trainees decided to postpone their internship to the following year: “There aren’t many people who wanted to do it online, simply because they want to travel and experience a different culture, and the pandemic is a setback, of course”, explains Sikora, who understands the decision of the interns. “Students don’t want to work or study just in their room. They just want to go and have this experience”.

From all of the trainees they were supposed to be hosting at the moment, only one agreed to work from home. “In many ways, it’s easier for the both of us”, explains Sikora, “she has less tasks because she is not able to do the hands-on jobs she would if working presentially”. But that doesn’t mean there is not work to do, “she prepares projects and does plenty of writing. There are also plenty of exercises related to the methodology of project management”, she says. “For sure It’s a completely different interaction, and it can feel a bit lonely”, she adds.

Regarding the EU4EU project, Enso Group follows two main criteria for the selection of their trainees: “First of all, there are the candidates who contacted us. We interview them first because they made an effort, which means they are willing to engage with us”, says Kat Sikora. “These are usually the best ones, because they’re more goal-oriented”, she adds. “And then, we check the Portal for students who have an interest in project management and invite them for an interview over the phone”.

Sikora says that it doesn’t matter if the students don’t have experience in project management, “many of them don’t have a specific experience, and they don’t need it. They have to have willingness to learn”, she highlights. “Many people who we have interviewed, were surprised that they could be part of the team”, she says, “but our goal is that these students can work together and deliver a project of their own, so that when they leave they can have something substantial on their CV, something to show their future employer, like this robotics project”.

“What I think it’s great about EuGen and the EU4EU project is that it allows us to find different individuals with different self-skills, which helps the organizations, but I think it’s also a very good experience for them because they have to work as a team” she concludes.

We at EuGen strongly believe in the mission that our organization aims to pursue, namely that of facilitating the access to the world of work for young Europeans. Especially in a time of great crisis and uncertainty like the one we are experiencing, it is essential to continue to guarantee our support both to students and to host organizations such as EnsoGroup, which at the moment can have many difficulties in finding qualified personnel who can help the growth and productivity of the company.